Skip to content
Gulf Craft delivers another Majesty 100, named Konfeta. Wholly manufactured at the in-house design and production facility of Gulf Craft, the Majesty 100 will set off for the Turquoise Coast in Turkey and will cruise further on to the Mediterranean Sea following her summer berthing in Turkey. 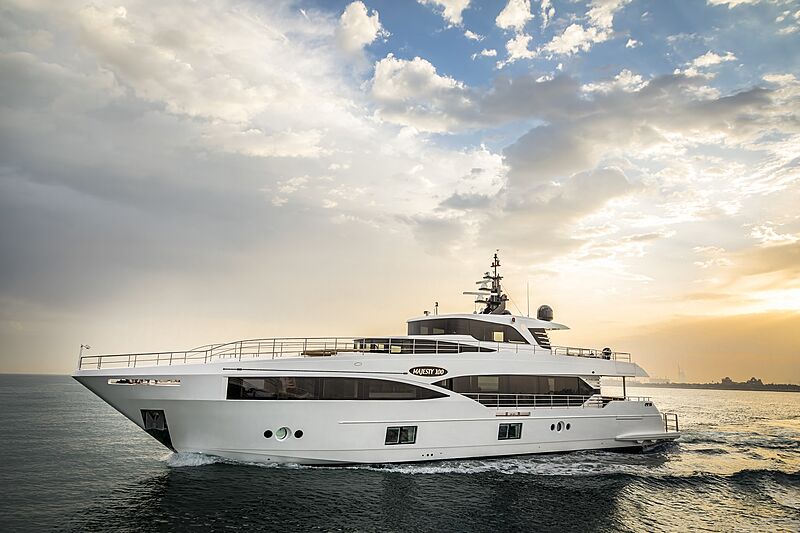 Hull 10 of the Majesty 100 was designed to the specifications of the owner and stands out for her exquisite exterior and interior design offering ample onboard space as well as a sky lounge on the upper deck.

With folding balconies on both sides of the cockpit, the Majesty 100’s interior features include floor-to-ceiling glazing in the main deck saloon and five spacious staterooms that can accommodate ten guests and five crew members. Her raised wheelhouse has 270-degree vertical glass panels, a design-first by Gulf Craft, which offers the captain unobstructed views of the seascapes. 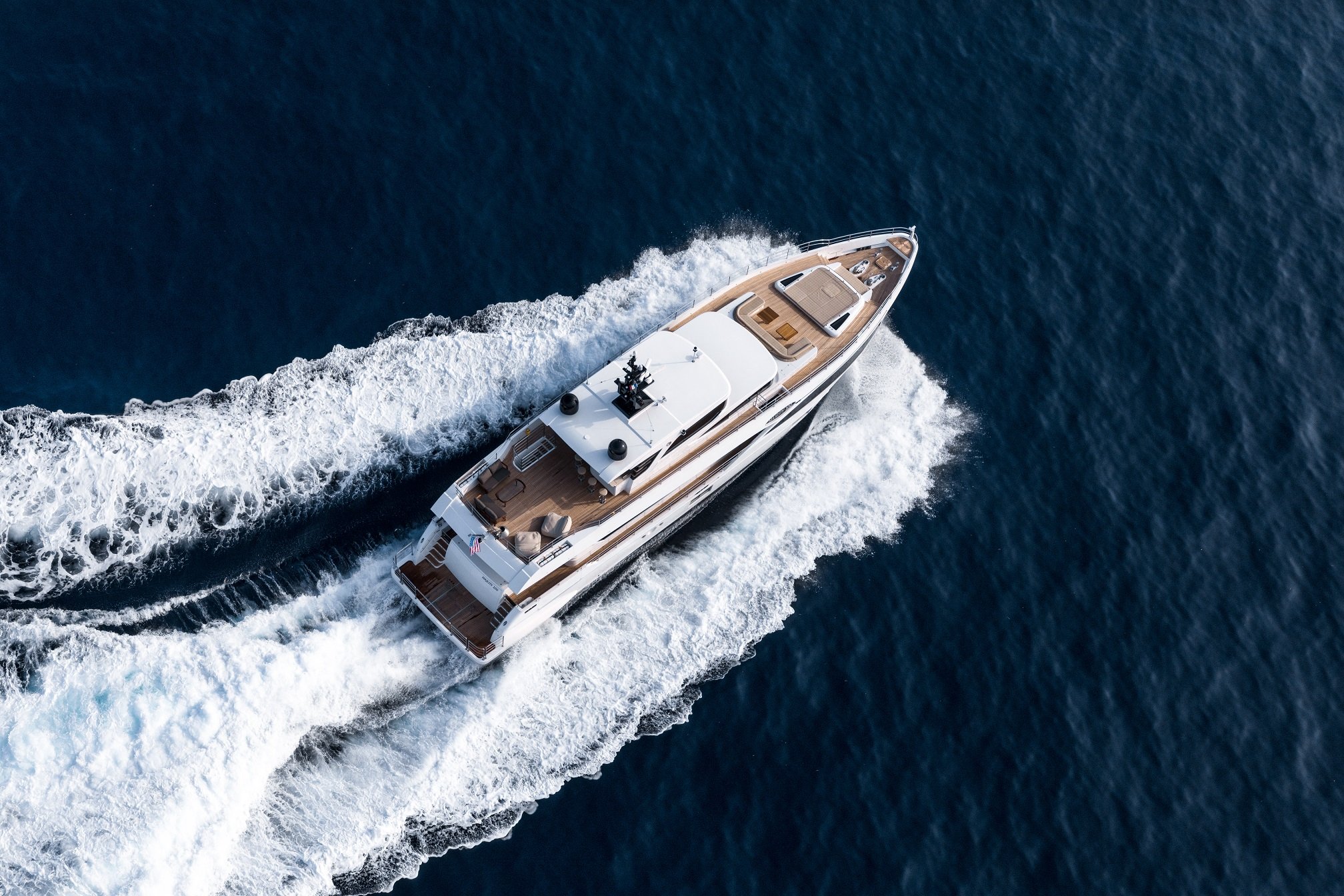 “Every superyacht manufactured at Gulf Craft is the result of precision design and engineering, and careful attention to detail. The Majesty 100 has been one of our most sought-after models and raises the bar in terms of performance as well as exterior and interior features. With the new delivery, we are honored to take Gulf Craft’s flag to more exotic destinations,” says Mohammed Alshaali, Gulf Craft Chairman.

Gulf Craft CEO Talal Nasralla added: “Since the Majesty 100 was launched at the 2017 Dubai International Boat Show, she has become one of Gulf Craft’s best-selling superyachts.”

Made of fiber-reinforced polymer (FRP), making her lightweight at 199 Gross Tons, the 31.7m Majesty 100 is powered by twin MAN 1,900 horsepower engines reaching a top speed of 20 knots.

Since the company’s inception in 1982, Gulf Craft has grown to become one of the top seven shipyards in the world: once a builder of small fishing boats in modest premises, a genuine passion for the sealed Gulf Craft, they then established their credentials as a leader of innovation and technology in the yachting industry. With five brands in the product portfolio, ranging from 31 to 175 feet, Gulf Craft manufactures yachts and boats that appeal to a wide audience such as touring passenger vessels, Silvercraft family day boats, Oryx Sport Cruisers, Nomad Explorer Yachts, and the flagship Majesty Yachts.